Casio's scientific calculators are now a game and manga!
Do you have what it takes to become a Function Hero?

The more you root us on, the greater the chances we'll release more chapters!

Vote for your favorite character!

Function Field Battle is a battle of who can attack their opponent first with quick and accurate calculations. By summoning a VR realm, equations and formulas are physically expressed as power vectors.

As VR technology made great leaps toward advancement, the population of players around the world grew explosively. All players now have one goal in mind: to become a Function Field Battle hero.

Join Kaito and his friends from Casio Academy as they battle every day to boost their Math Power.

Playing is easy — all you have to do is "Attack" and "Evade." The more stages you clear, the higher your total score will be. Your highest score is your Math Power!

Get a high score to read the mangas

Once you've purchased a genuine scientific calculator, make a user account! By entering the ID you receive upon registration, you'll get additional options to pick Takuma, Emi, and Azusa as your player character. If you achieve over a predetermined total score, you'll get full access to the ending of the manga!

How to play game

A formula will appear when it's your turn to attack.
Pay close attention, because it will quickly disappear and reappear in an incomplete form.
Memorize the given equations and choose the correct answers from the panel as fast as you can!

During your opponent's turn to attack, tap the screen at the right time to avoid the power vectors.
You can jump up to 2 times, but miss the timing and you'll suffer major damage! 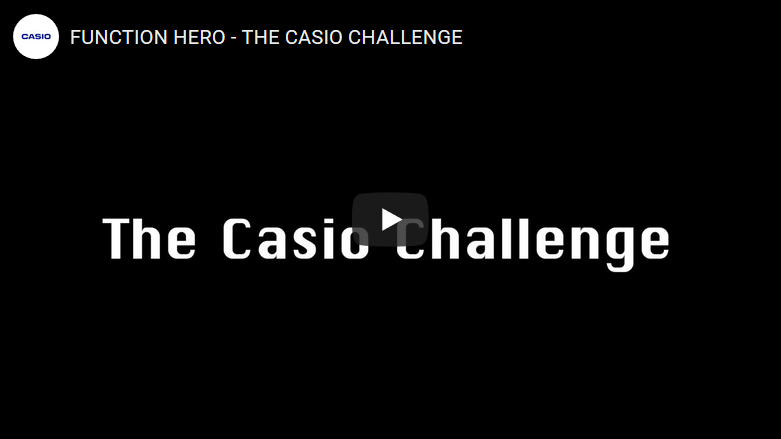 Were you able to beat the Math Power of Casio's highest-scoring employee?